After the invasions of Alexander the Great, the export of silk from China to the West opened up a new era of cultural, religious, linguistic, and technology exchange between various nations. Armenia played a massive role at the crossroad between East and West at that time. From the East, the Silk Road passed through Artashat the capital of the Kingdom of Armenia from 185 BC until 120 AD, and from there stretched to the harbors of the Black Sea. In the 5th century, Dvin came to replace Artashat as the capital of Armenia and the trade road that linked China, Central Asia, and Iran with Constantinople passed through Dvin.

Later in the 9-10th centuries Ani, the iconic capital of Bagratid Armenia called the “City of 1001 Churches and 40 gates” became a bustling trade hub on a branch of the Great Silk Road. The city was famous for its craftsman traders and markets and connected to the outside world with the merchant caravans that passed through the kingdom. At its height, Ani was one of the world’s largest cities, with a population of well over 100,000.

As an important junction on the Ancient Silk Road, Ani “accumulated riches arriving by sea and by land” the proof of which are the invaluable specimens of material and spiritual culture discovered during archeological excavations carried out as far back as the end of the 19th century up to 1917 by Nikolai Marr, a prominent expert in Oriental studies.
The church of Tigran Honents built-in 1215 on the edges of the city preserves some of the most vivid examples of Ani’s prominent role on the Ancient Silk Road and the material wealth and splendor the merchants enjoyed during that time. The Church was built by an extremely rich merchant and decorated entirely on the interior walls with frescos that included replications of actual patterns of silk textile.

After the reign of Bagratids, Ani underwent a succession of different periods and controls from the Byzantines to the Seljuks and later from the Kurds to the Georgians and finally to the Ottomans. Once a thriving Armenian capital on the crossroads of the bustling trade routes of the Silk Road, Ani is now a deserted town situated on the border between Turkey and Armenia.
From the Armenian side of the border, in Shirak Province, an observation post has been set up near the village of Haykadzor, complete with an information panel, but the view is very poor. The outpost of Kharkov village offers an excellent view, but access is restricted by border troops and Russian military personnel. Permission to visit is granted at the Ministry of Foreign Affairs in Yerevan for free and takes one week.

Gyumri which was called Kumayri during the Bagratid reign entered an era of growth and progress being a trade crossroads for different nations at the time. The roads to the Armenian city  Dvin and to the capital Ani used to pass through Gyumri to connect with Georgia and Trapizon.

Gyumri as the cultural capital of Armenia resembles Ani in many ways. Both the geographical location of the two cities in the plain of Shirak, which was once the home estate of the Bagratid Kings and the reputation of the cities as arts and crafts hubs in Armenia at various times make it easy to find a lot of similarities.
The design of the Holy Saviours church in Gyumri was derived from the architecture of the Cathedral of Ani, which was the work of Trdat, the most celebrated architect of medieval Armenia. The cathedral of Ani was a domed basilica (the dome collapsed in 1319) and the interior contains several progressive features (such as the use of pointed arches and clustered piers) that give it the appearance of Gothic architecture (a style which the Ani cathedral predates by several centuries).

The Holy Saviour’s Church in Gyumri which dates back to 1858 is a replica of the Cathedral of Ani. The construction process lasted 8 years and according to the people of Gyumri Tadeos Andikyan, the architect traveled to Ani and back to Gyumri almost every day on a carriage to make the church as similar to the Cathedral of Ani

as possible. However, the Holy Saviour’s Church in Gyumri is much larger than the cathedral of Ani.

The churches of Marmashen Monastery complex located just on the outskirts of Gyumri near the village of Marmashen are the best surviving examples of the “Ani school” of medieval Armenian architecture to be found in the Republic of Armenia.
Also, the city flag of modern Gyumri has many features in common with the historical flag of Ani or to be more precise that of Bagratid Kings.

In the modern era, IT is what creates jobs and generates taxes for regional cities like Gyumri just as crafts and trade were economic growth engines for medieval towns. After many centuries of Armenian history on the ancient Silk Road, Distrikt, the largest impact-focused project in Gyumri, has decided to revive the trading route that linked the East and West through Armenia, turning that into a digital paradigm. Digital Silk Road Gyumri,  the newest startup powered by the Distrikt aims at linking the world with China through technology created in Armenia. The two centers of the Digital Silk Road are currently operating in Gyumri and Xi’an, the sister city of Gyumri in China and the eastern departure point of the Great Silk Road.

At the Digital Silk Road center, the professional team of developers, designers, and digital marketers will offer technology-driven tools to enter the Chinese market and have sales via WeChat Mini Apps and other digital channels.
The first project by the Digital Silk Road Gyumri is the “Visit Armenia” WeChat mini-program, which will enable the Chinese free individual travelers and travel agents to get comprehensive knowledge of Armenia as a tourism destination and encourage more visitor arrivals from China. 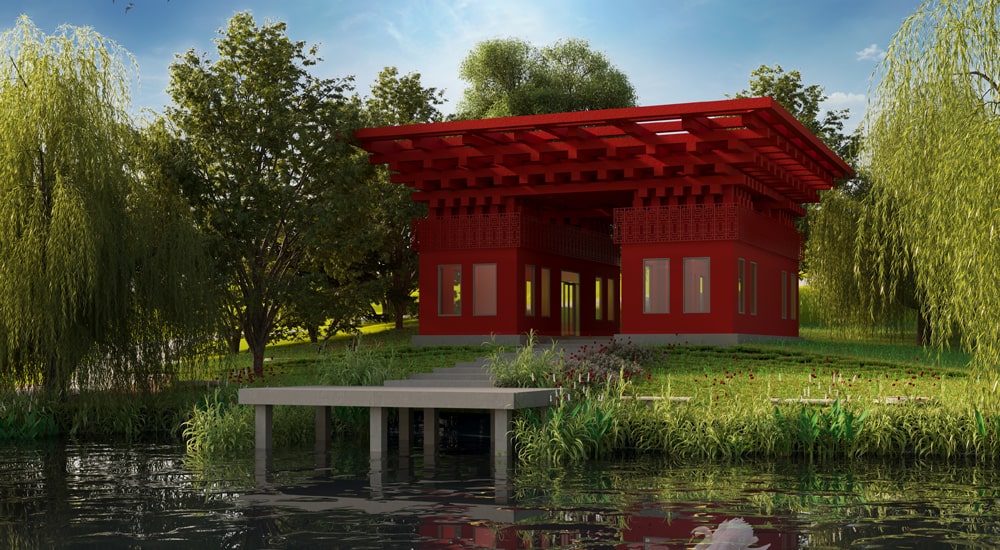 WeChat Mini Program Trends In and Outside of China
July 21, 2022
Go to Top